Saved Searches Advanced Search
Learn about our phased approach to reopening that supports the health and safety of our communities and staff.
While our buildings are closed, due dates will continue to be extended. Items can now be returned on a limited schedule, and we are offering expanded services.
Summary
t
Trailblazer1527 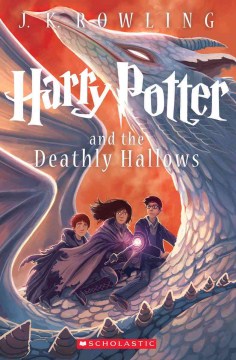 It all began with Harry Potter and his journey through the halls of Hogwarts School of Witchcraft and Wizardry. Now every moment in Harry's life has led to this. The late Albus Dumbledore has left Harry and company on a mission to find and destroy all of the evil Lord Voldemort's Horcruxes. But the ruthless Death Eaters have overthrown the Ministry of Magic and taken over. Now Harry must destroy the Horcruxes, race against time and return to Hogwarts to fight the final showdown with the Dark Lord himself. Neither can live while the other survives as the prophecy states.